Alcohol consumption continues to rise. Annually, 5.9 litres of pure alcohol were drunk per capita in 1990, 6.5 in 2017, 7.1 in 2019[1], and forecasts indicate that alcohol abuse will only continue to grow. It’s estimated that the average annual consumption per capita will reach 7.6 litres by 2030, whereas only 40% of the population will be sober, according to a study published in ”The Lancet”.[2]

Why do we drink alcohol?

Psychologists[3] divide the reasons for alcohol consumption into four categories: enhancement (to live through exciting sensations and experiences), coping (to forget about worries and problems), social (to celebrate) and conformism (to fit in).

But why do we really drink?

We drink to get our spirits high

The first reason for alcohol consumption is to enhance pleasure. Alcohol increases the activity of the reward system in dopaminergic neurons, which are responsible for feeling pleasure. It also affects the opioid receptors by releasing endorphins, which are known as “happy hormones”. Drinking brings us a temporary feeling of happiness, relaxation, pleasure and even euphoria. Drinking for enhancement is “heroic” drinking. The alcohol increases the drinker’s feeling of exceptionalism and self-esteem. Such individuals (primarily male) are more likely to actively look for occasions to get inebriated[4] (as well as for other extreme sensations), and their personalities are susceptible to risk-taking.

We drink to forget

The second reason is alcohol use as a coping mechanism. For example, individuals who drink to forget wish to alleviate a stressful situation at work or at home, or to protect themselves from depression and anxiety. Coping-motivated drinking is also known as “escape drinking”, and the drinkers attempt to relax by engaging in it. A drinker consumes alcohol to achieve total numbness, to forget about certain traumatic events and experiences. The alcohol is supposed to “erase” any memories about the misfortunes the drinker may have suffered. Those who drink to forget often exhibit high levels of neuroticism combined with low, negative self-esteem and dissatisfaction with their current life situation. Individuals who belong to this category are predominantly female they drink more and experience more negative consequences of alcohol consumption compared to the other types.

We drink for company

Improving interpersonal relations is the most common reason for excessive drinking. The drinkers expect that alcohol will let them enjoy themselves among friends, and the satisfaction from meeting them will be made greater. This is in line with the notion that drinking is primarily a form of social entertainment. We drink to celebrate various occasions, but we also drink out of boredom. Any opportunity to drink is acceptable when in good company. After all, nothing gets the crowd going as much as getting a few drinks.

We drink to fit in

Part of the drinkers are people who consume alcohol only during social gatherings, because they wish to fit in and adapt to the situation. This is not a choice that they would normally take. They drink less than those who turn to alcohol for other reasons. They engage in alcohol consumption so as to not appear different from the surrounding drinkers.

The statistics related to alcohol consumption are alarming. The worst situation can be observed in Europe and the United States. Research by the World Health Organization and the National Institute on Alcohol Abuse and Alcoholism confirms this. These are the regions where alcoholism, chronic alcoholism and binge drinking are the greatest problems. The rate of alcoholism in Europe has not decreased, as per expectations, even though European Union member states had signed an action plan to limit harmful alcohol consumption for the years 2012-2020.

Can alcoholism kill you? Yes, it can 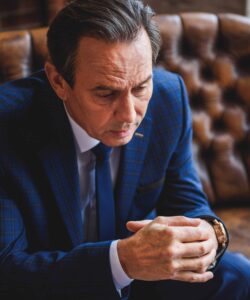 The document titled “Status report on alcohol consumption, harm and policy responses in 30 European countries 2019”[5] prepared by the World Health Organization shows that 290-300 thousand Europeans die each year as a result of alcohol-related diseases.

“As many as 800 people [are] dying every day in parts of the region due to alcohol-attributable harm, we must do more to continue the fight,” Dr Zsuzsanna Jakab, Deputy Director-General of WHO, stated in 2019[6].

As many as 30.4% of the research subjects admitted to have consumed more than 60 g of pure alcohol on a single occasion in the preceding 30 days. This corresponds to over six standard drinks. This harmful pattern of drinking is particularly commonplace among males, and it concerns 47.4% of them. To compare, for women the rate of episodic drinking is 14.4%. Roughly 25% of all deaths in the 20-39 age group can be attributed to alcohol abuse [7](these are primarily fatalities as a result of injuries following accidents involving the intoxicated).

The annual consumption of major quantities of alcohol is the highest among the citizens of Lithuania, Czechia, Germany, Ireland and Luxembourg.

The list of European countries where the annual rate of pure alcohol consumption per capita exceeds 10 litres is as follows:

The lowest quantities of pure alcohol are consumed in Italy and Norway (7.5 litres a year per capita).

The report titled “Underage Drinking” prepared by the National Institute on Alcohol Abuse and Alcoholism (NIAAA is part of the American National Institutes of Health[8])\, NIAAA supports and conducts biomedical and behavioural research concerning the motives, consequences, treatment and prevention of alcoholism and alcohol-related problems) demonstrates that alcohol is the most widely used substance of abuse among young people aged 12 to 20 in the United States (even though the legal age to purchase alcohol is 21), and is therefore a significant public health issue.

People aged 12-20 constitute 11% of all alcohol drinkers[9]. 4.3 million young people admitted to have engaged in binge drinking at least once in the preceding month, whereas the average US citizen drinks 9.2 litres of pure alcohol a year.

“When alcohol is one of the biggest killers of our young people, we cannot afford to be complacent. This is a product that is repeatedly marketed and made available to youth despite evidence that alcohol consumption has a detrimental effect on brain development and physical health,” said Dr Carina Ferreira-Borges of the WHO.

According to “Underage Drinking”, 29.8% of 15-year-olds claim to have had at least one drink in their lives, and there are nearly 5 thousand deaths a year on average among young people in the United States as a result of alcohol consumption.

Another problem is the rising number of deaths as a result of diseases caused by alcohol consumption, such as cirrhosis and hepatic cancer. The study published by the British Medical Journal, conducted by scientists of the University of Michigan, shows that in the years 1999 to 2016, 460 760 Americans died of cirrhosis, with an additional 138 442 dying of hepatocellular carcinoma, which is the most common type of hepatic cancer, and one that is almost always a consequence of cirrhosis.

To compare, the data given by The Guardian[10] for the year 2017 demonstrates that the annual alcohol consumption in China had remained on an average level of 7 litres per capita.

A study published in The Lancet[11] shows that there is no safe limit for alcohol consumption. As little as one alcoholic drink a day is enough to lower life expectancy by half a year.

Every 12.5 standard drinks consumed over the course of a week increase the risk of developing a number of serious conditions by several to several dozen percent:
– stroke by 14%,
– fatal hypertensive disease by 24%,
– heart failure by 9%,
– fatal aortic aneurysm by 15%.

[3] Clinical Psychology Review, Why do young people drink? A review of drinking motives

[4] National Center for Biotechnology Information, Who drinks and why? A review of socio-demographic, personality, and contextual issues behind the drinking motives in young people

[6] World Health Organization, In Europe, people continue to consume more alcohol than in any other place in the world

[10] The Guardian, World alcohol consumption on the rise as China’s thirst grows

Stay up to date and sign up for our newsletter!

We are constantly innovating and improving our treatments and services to be the best personalised and highest performance treatment centre in the world.

Thank you, for subscribing to our newsletter!

The Kusnacht Practice is a global leader in the treatment of mental health disorders, providing a unique combination of medical expertise and luxury services.

We are pleased to announce that The Kusnacht Practice is fully operational and our international clients are being granted border clearance by the Swiss authorities. All Covid-19 safety protocol remains strictly in place, as advised by Switzerland’s Health Authority.
For treatment enquiries please contact: +41 43 499 6050 / [email protected]